HOW TO MAKE POORI 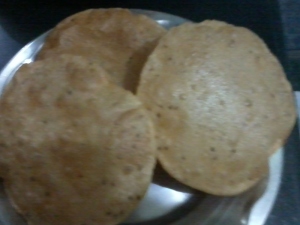 Poori / Puri is a very popular Indian fried flat bread. It taste yum but as it is fried so to be consumed in small quantity and do exercise after eating it. My Mom prepares it on some occasion or when we have guests at our home. Some of curries truly compliment poori’s like jeera aloo , aloo tamatar.

According to Wikipedia, poori is served as a Prasad with Halwa, Kheer on religious events . It is also served at special or ceremonial functions as part of ceremonial rituals along with other vegetarian  food offered in prayer.

Puri/ Poori  is prepared with wheat flour, either atta, all purpose flour (maida) or sooji. Here I am using atta . A dough of flour and salt is either rolled out in a small circle or rolled out and cut out in small circles and deep fried in ghee or vegetable oil.While deep frying, it puffs up like a round ball because moisture in the dough changes into steam which expands in all directions. When it is golden-brown in color, it is removed and served hot. 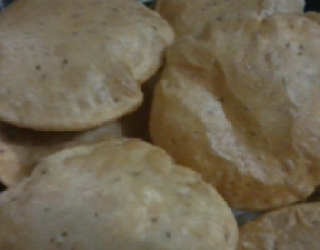 So let’s prepare this 🙂 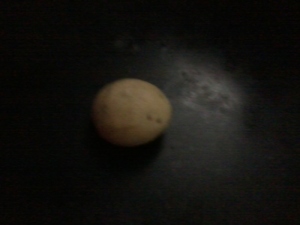 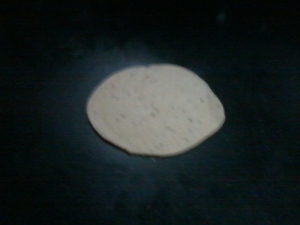 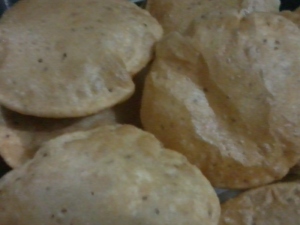